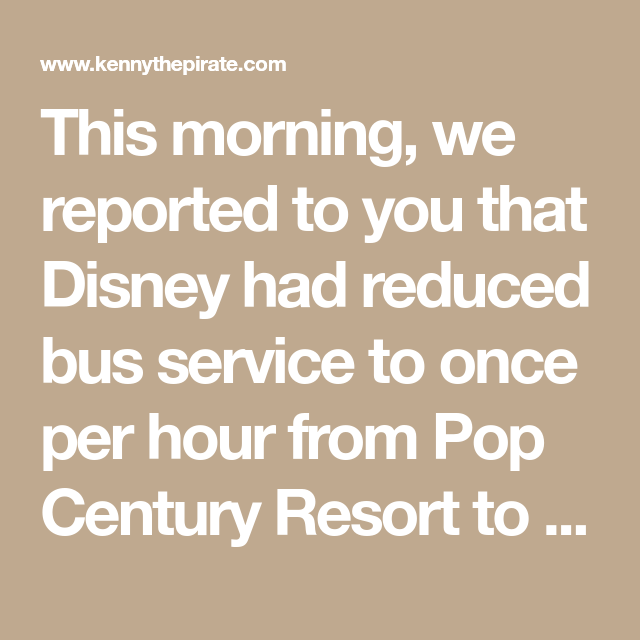 This morning, we reported to you that Disney had reduced bus service to once per hour from Pop Century Resort to EPCOT and Disney’s Hollywood Studios. By reducing bus service, guests are now being encouraged to use the Skyliner to get to those two theme parks instead. It was speculated that this change might also…