Cameron Diaz was once one of the hottest stars in Hollywood – an A-list actress who was highly sought after and worked alongside the biggest names in the business. But then she seemed to disappear, and it turns out she had good reasons for it. Here are some of the reasons why Cameron Diaz decided to leave the spotlight for good.

It’s no wonder Diaz was ready for a break – at just 16 years old, she signed a contract with Elite Model Management, which has also handled the careers of runway superstars like Tyra Banks, Heidi Klum, and Cindy Crawford. The deal helped Diaz land jobs for ads with top brands while also giving her the opportunity to travel the world.

Just a year after signing with Elite, Diaz appeared on the cover of the July 1990 issue of Seventeen magazine and when asked about her style, she told the popular publication,

“I’m definitely into black army boots, which aggravates my father… he’d rather I wear heels. Of course, that’s easy for him to say. He doesn’t have to walk in them!”

The then-17-year-old also talked about what she saw herself doing in the future, saying,

“I’ll probably model until I’m old and gray. Actually, my ultimate dream is to be a zoologist. Maybe go on safari in Africa and study lions.”

While she didn’t mention anything about acting, a career working with animals sounds pretty awesome as well. And now that Diaz is retired from movies, perhaps it’s time for her to consider zoology again.

Watch the video for The Real Reason Why Cameron Diaz Gave Up Completely On Hollywood! 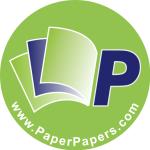